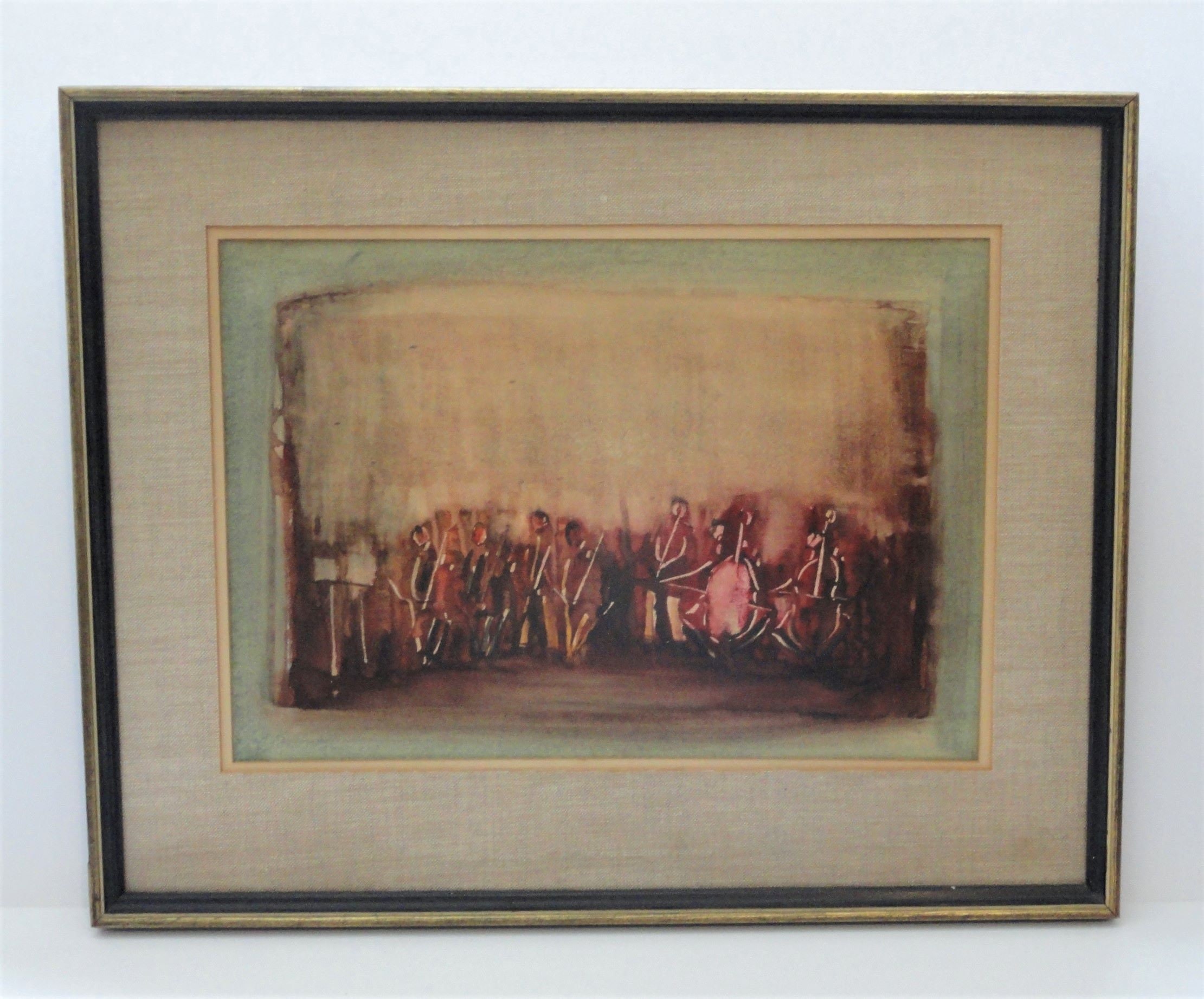 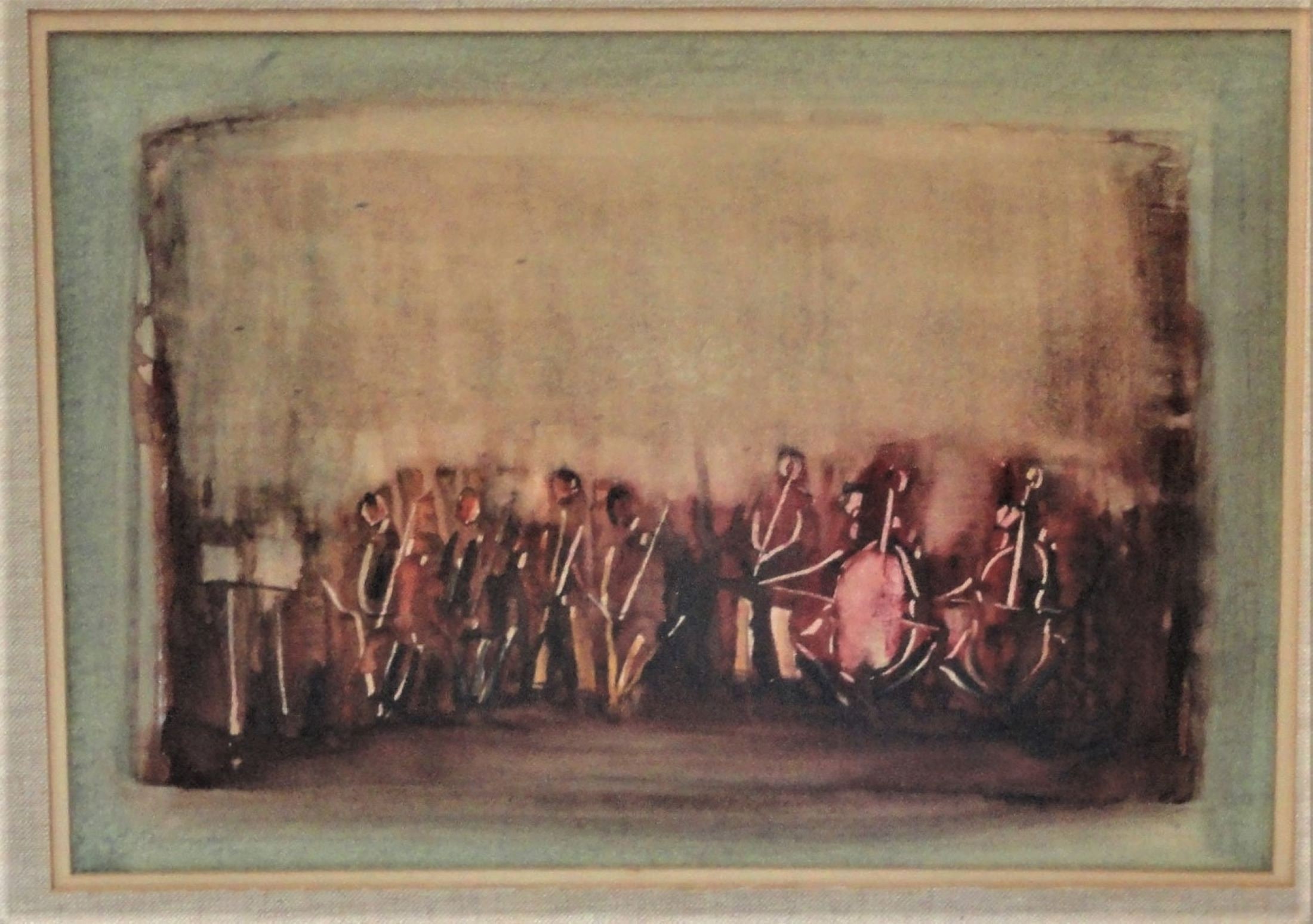 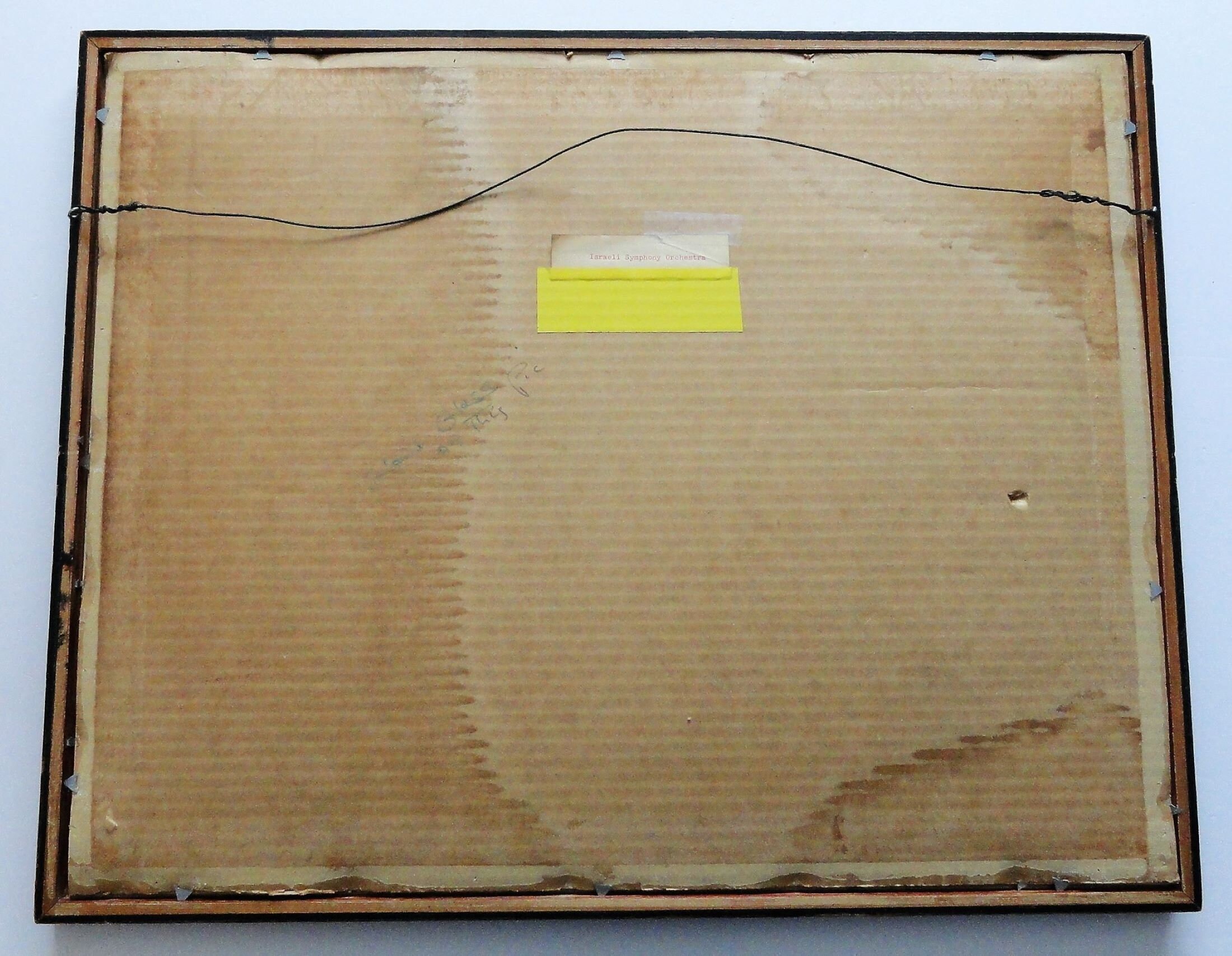 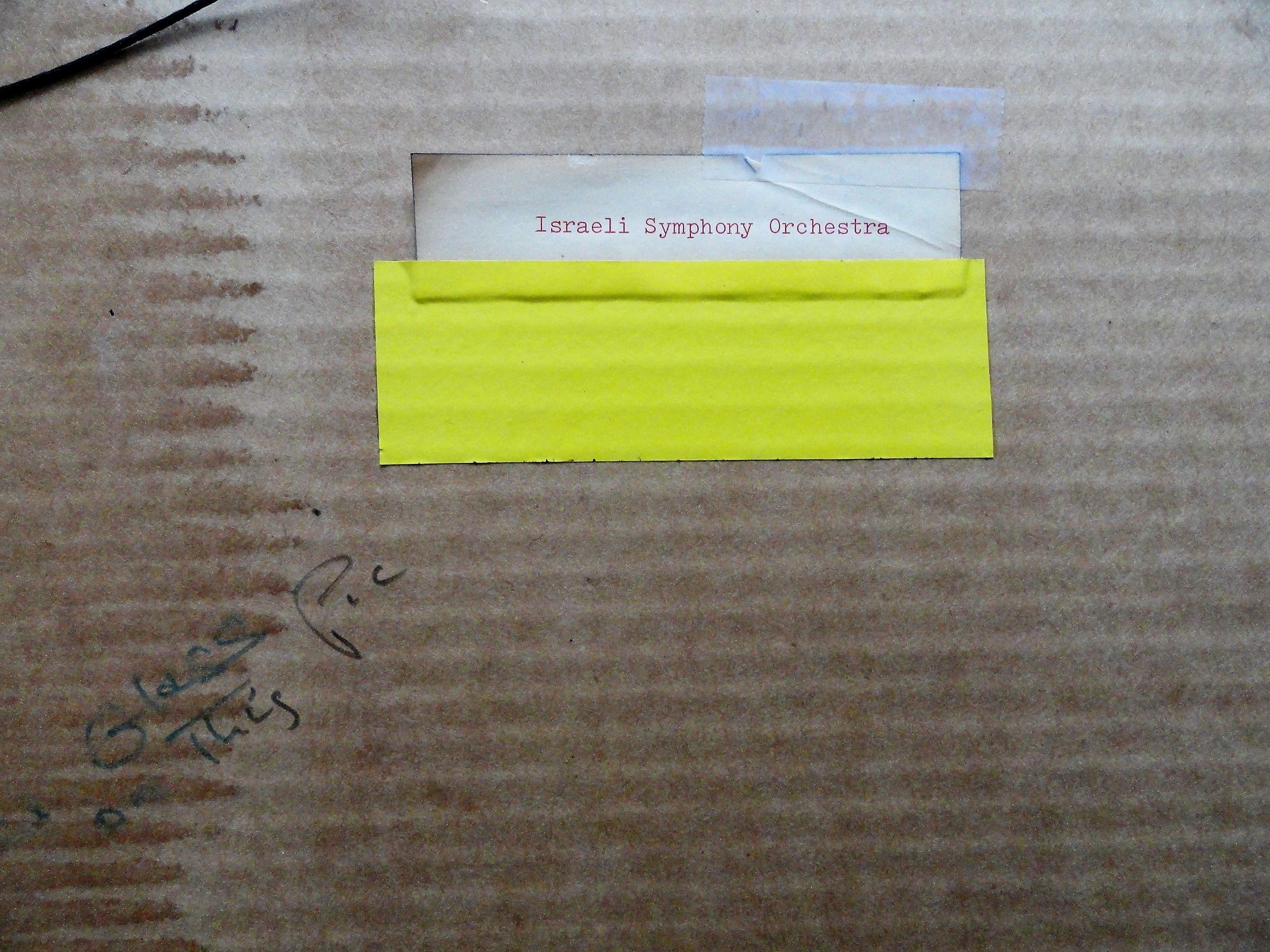 A wonderful abstract painting of the Israeli Orchestra by Joseph (Yosef) Kossonogi. This is an actual watercolor not a lithograph or print. It is signed, framed and matted.

Joseph Kossonogi was born in Budapest, Hungary in 1908. After studies at the Berlin Academy of Art and advanced studies in France, the Netherlands, Italy and Spain, he immigrated to Mandate Palestine and settled in Tel Aviv in 1926. There he formed the collective of young painters known as Massad.

In 1929, the Massad group had its first exhibition and, in 1935, the group's members joined the Israel Association of Painters and Sculptors. Kossonogi had one-man shows at the Tel Aviv Museum of Art in 1944 and 1954, in which years he was a co-recipient of the Dizengoff Prize in painting. In 1956, Kossonogi joined the Artists' Colony in Safed. In 1958, the former president of France Vincent Auriol began collecting his work. Kossonogi won the Histadrut Prize in 1966 and the Nordau Prize in 1976. He settled in Safed in 1956 and died in 1981.