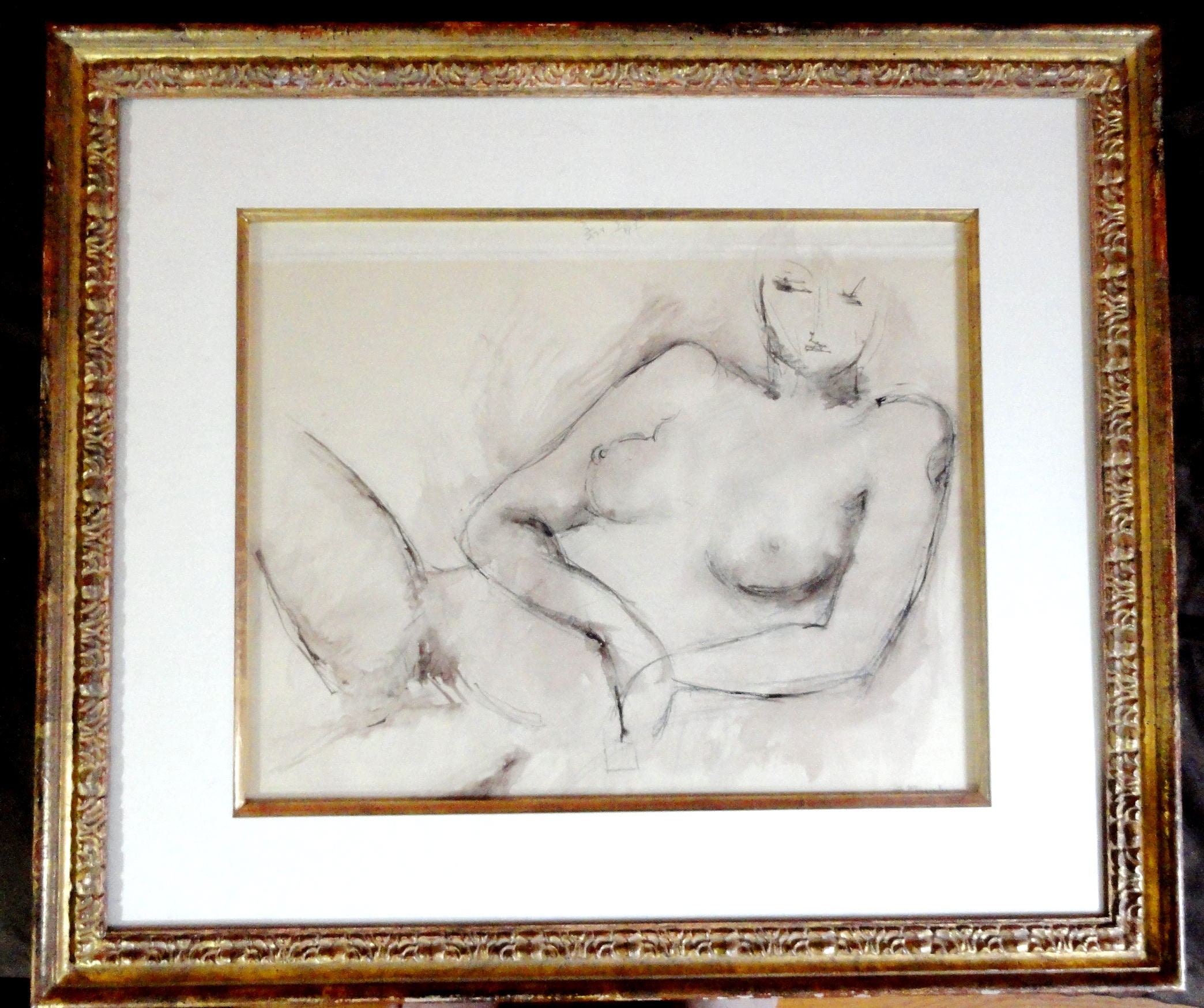 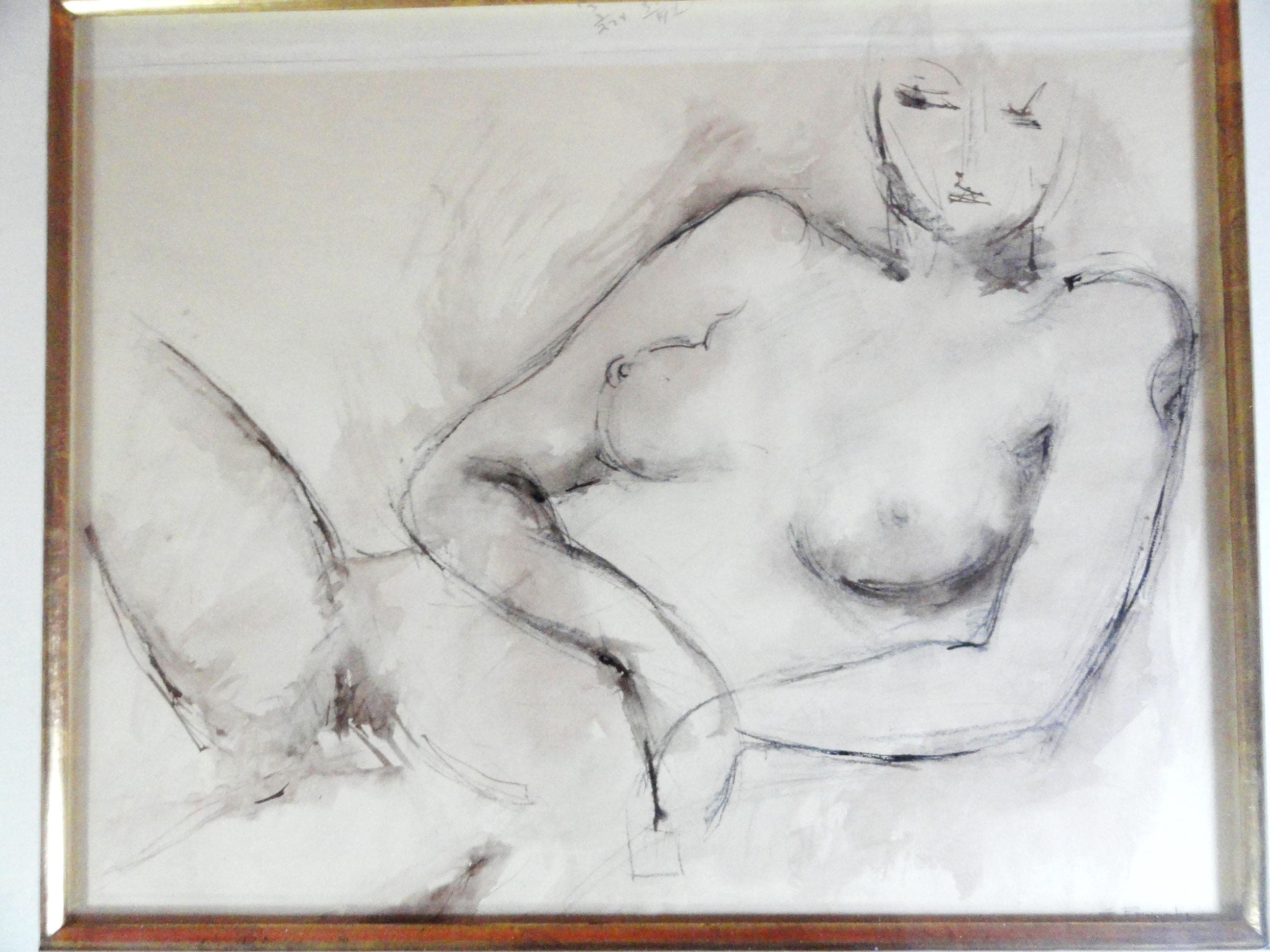 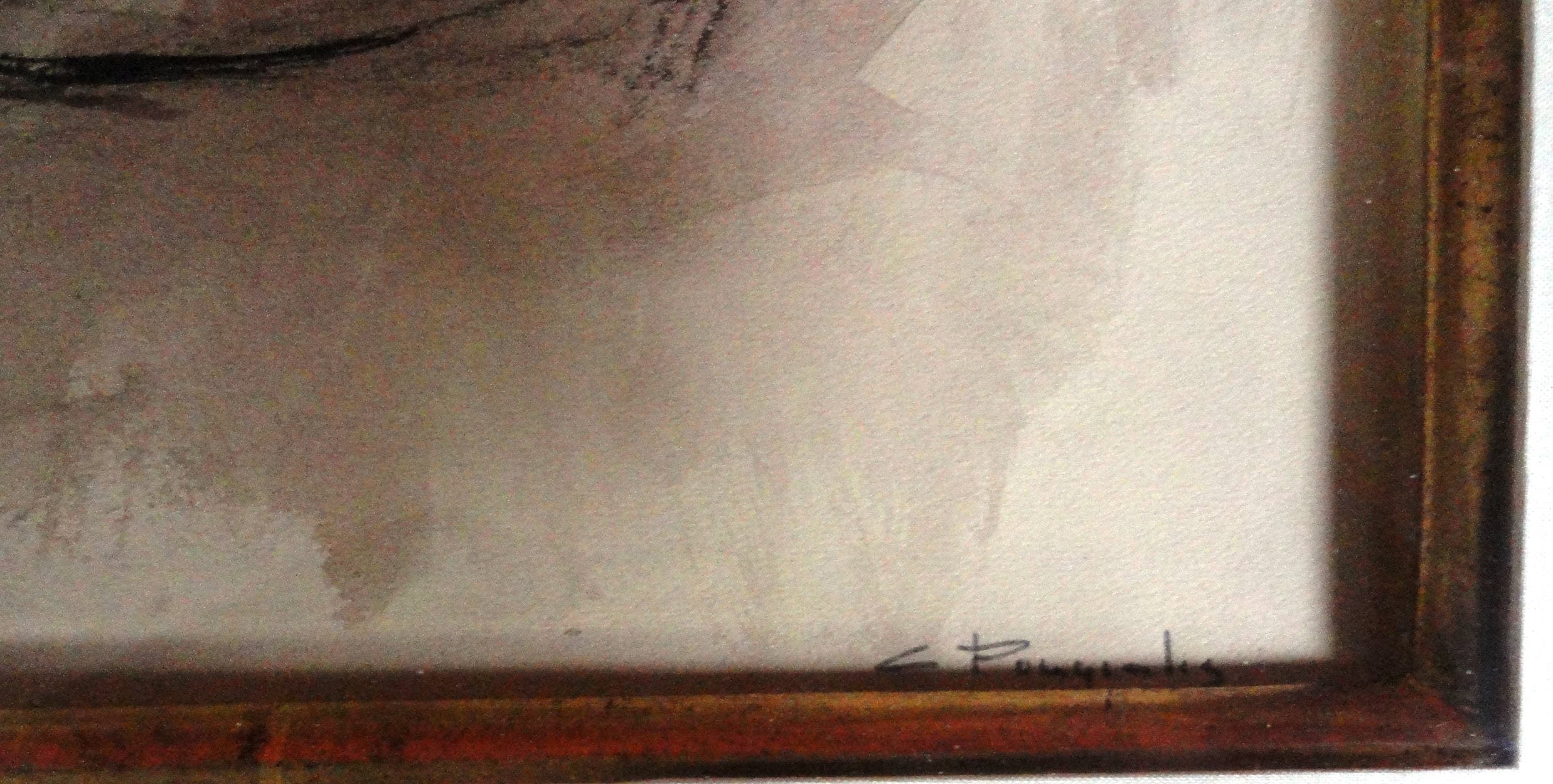 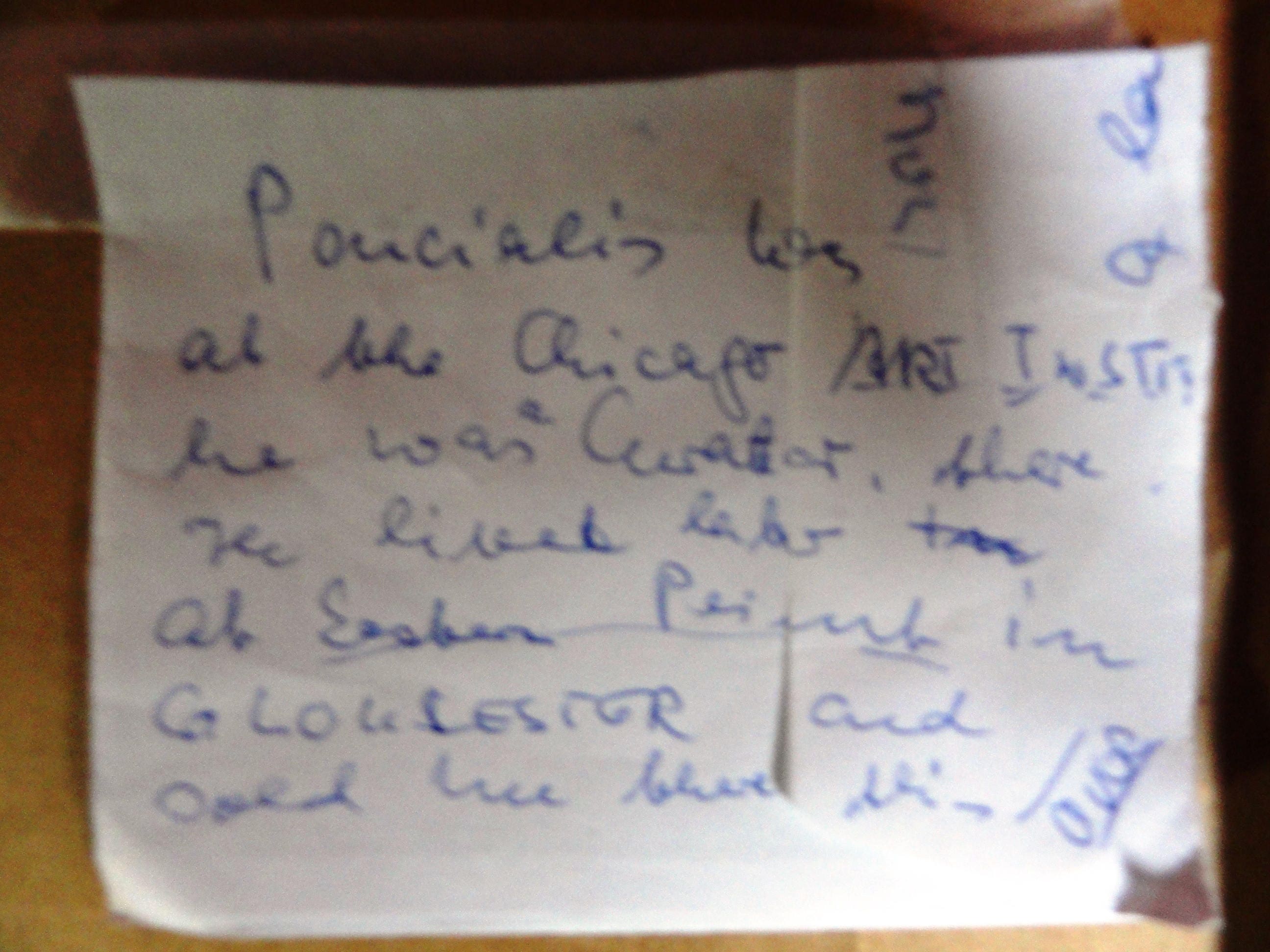 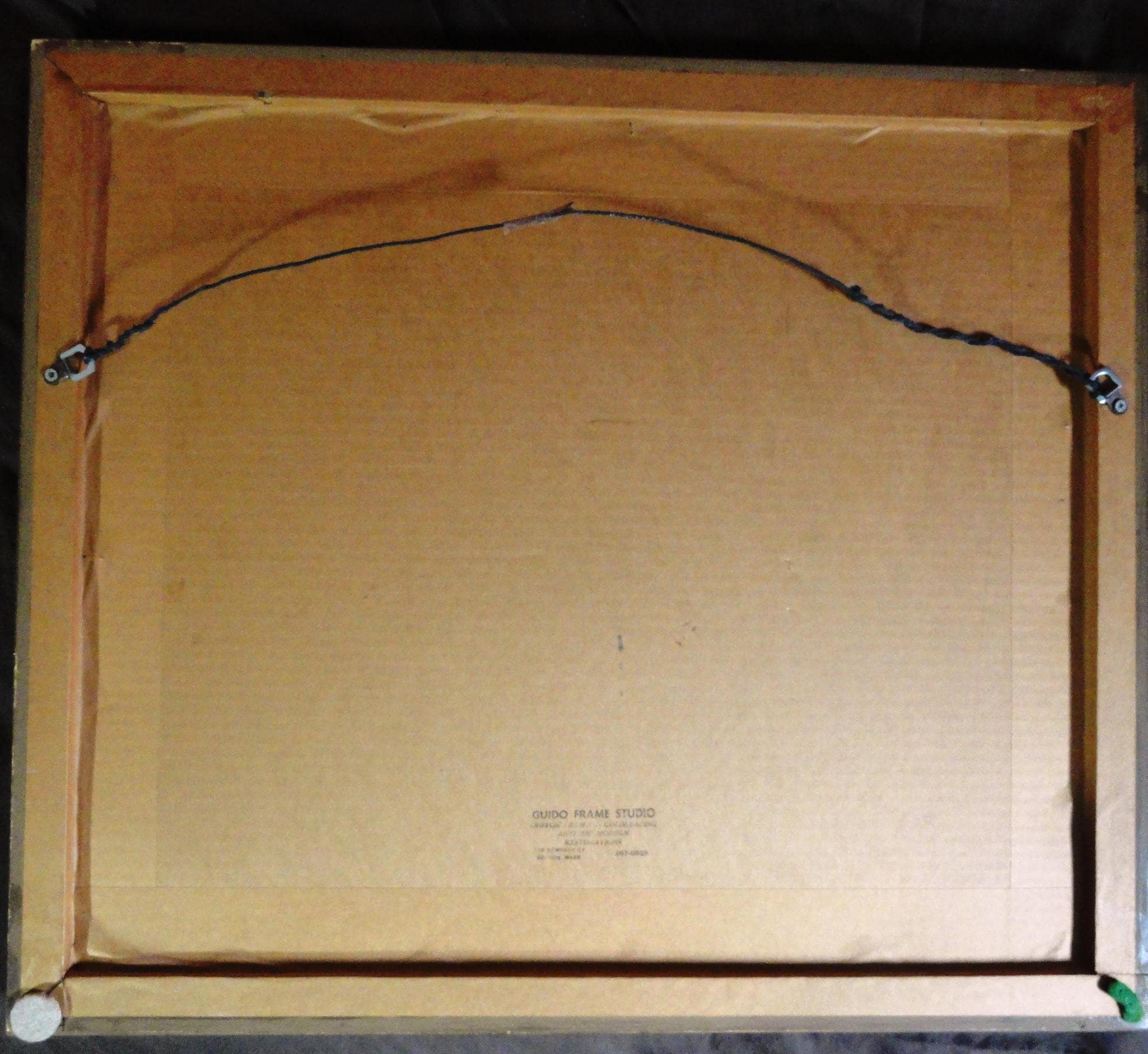 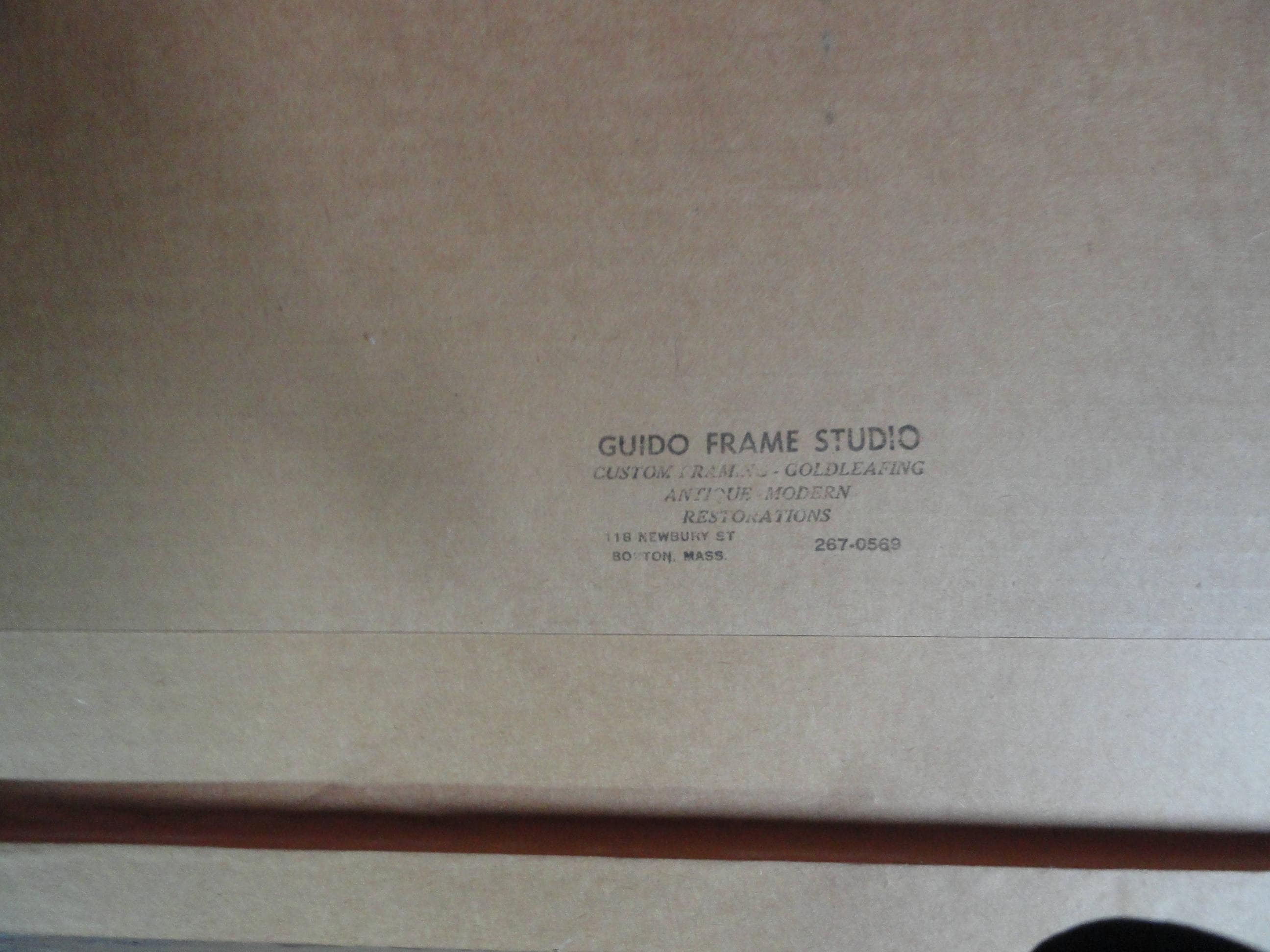 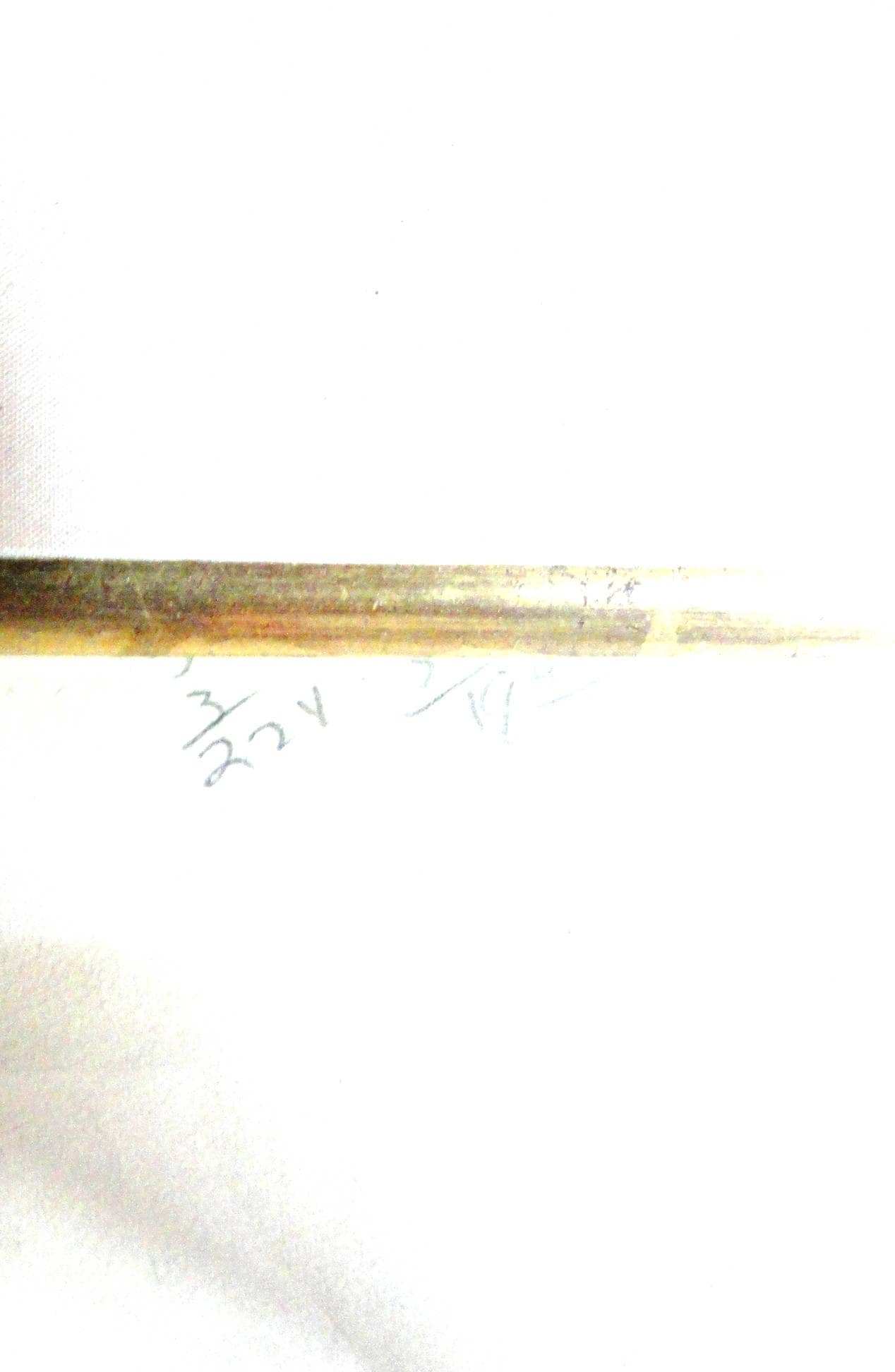 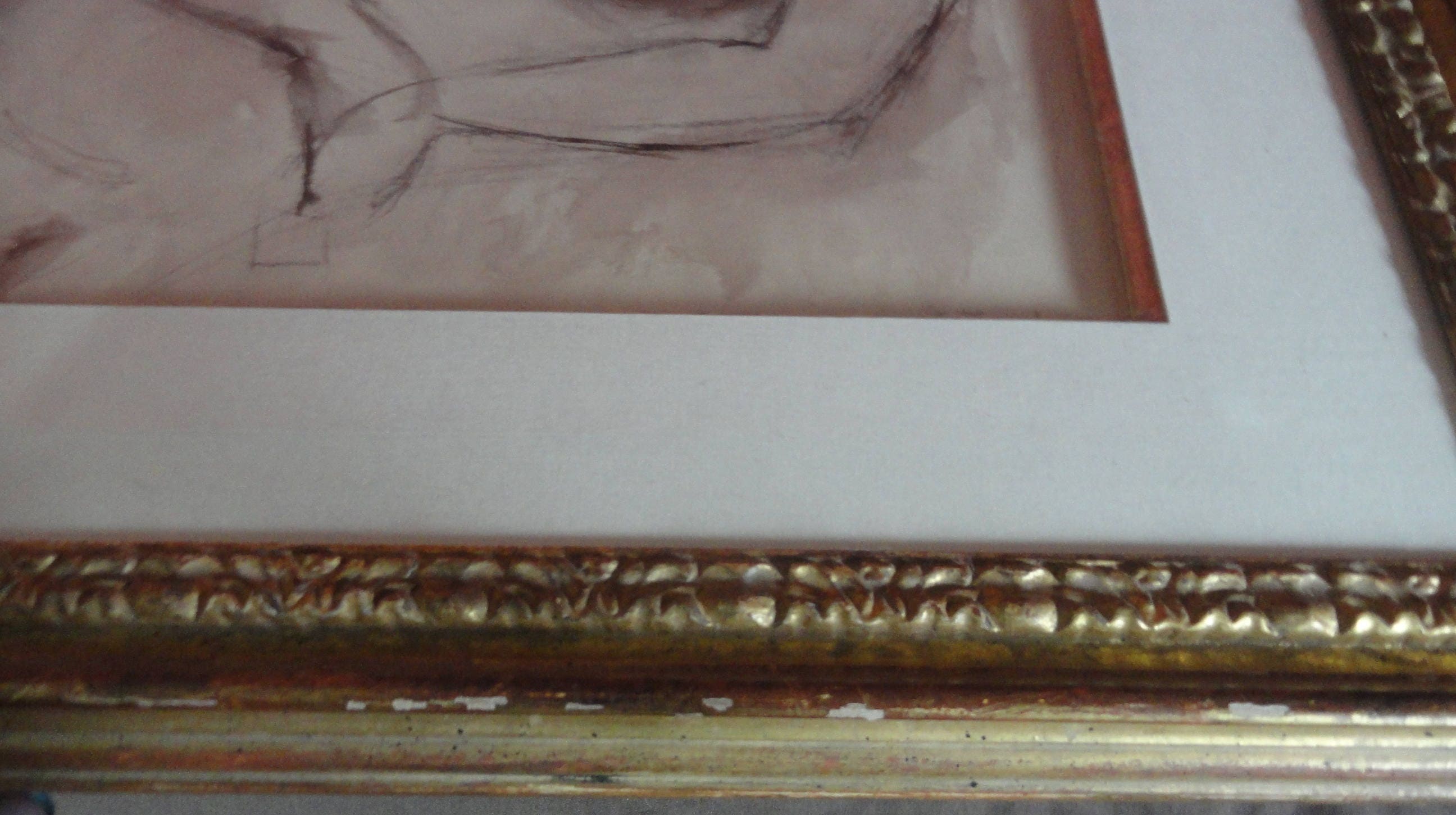 This is an original CONSTANTINE POUGIALIS charcoal painting/drawing. It is of a reclining nude. The frame is very nice with a few dings. The charcoal seems to have slipped down a bit and will need to be re-positioned. Circa 1930's.

If one may speak of form for its own sake, then that is what I am interested in achieving in my work. But, of course, form is in a sense only the external or outer garment in art. And yet it is, as I see it, the only means by which to transport the inner essence of the feeling which the artist experiences to the beholder. To put it briefly, when I say that I am interested in form for its own sake I mean that the subject matter which I choose is used only, or mainly anyway, as a means to evolve forms which carry thought and emotion. Color for its own sake, in the instinctive sense, I do not use in my work-not deliberately, anyway. I think of color, always, in its relationship to the composition as a whole. My work is, I hope, a truly personal expression. As to whether there is anything national or racial in it, I feel it is not up to me to say. I know, only, that I do not consciously strive to put anything national or racial into it, for I believe art to be universal, a world-wide and everlasting means of communication. More than any other artist I admire El Greco and Cezanne. I study El Greco all the time and I have learned much from him. I have great respect and admiration for Cezanne because he opened new roads in art, roads which that in me which is creative finds it natural to travel over. I suppose it may be said then that these two great masters have influenced me. Criticism does not influence me; I paint the way I feel. I do not think of art as a contribution to society. I do not think of it as a contribution to anything or anyone. I paint because I love to paint and I do not concern myself with what my work may mean to others. Constantine Pougialis.