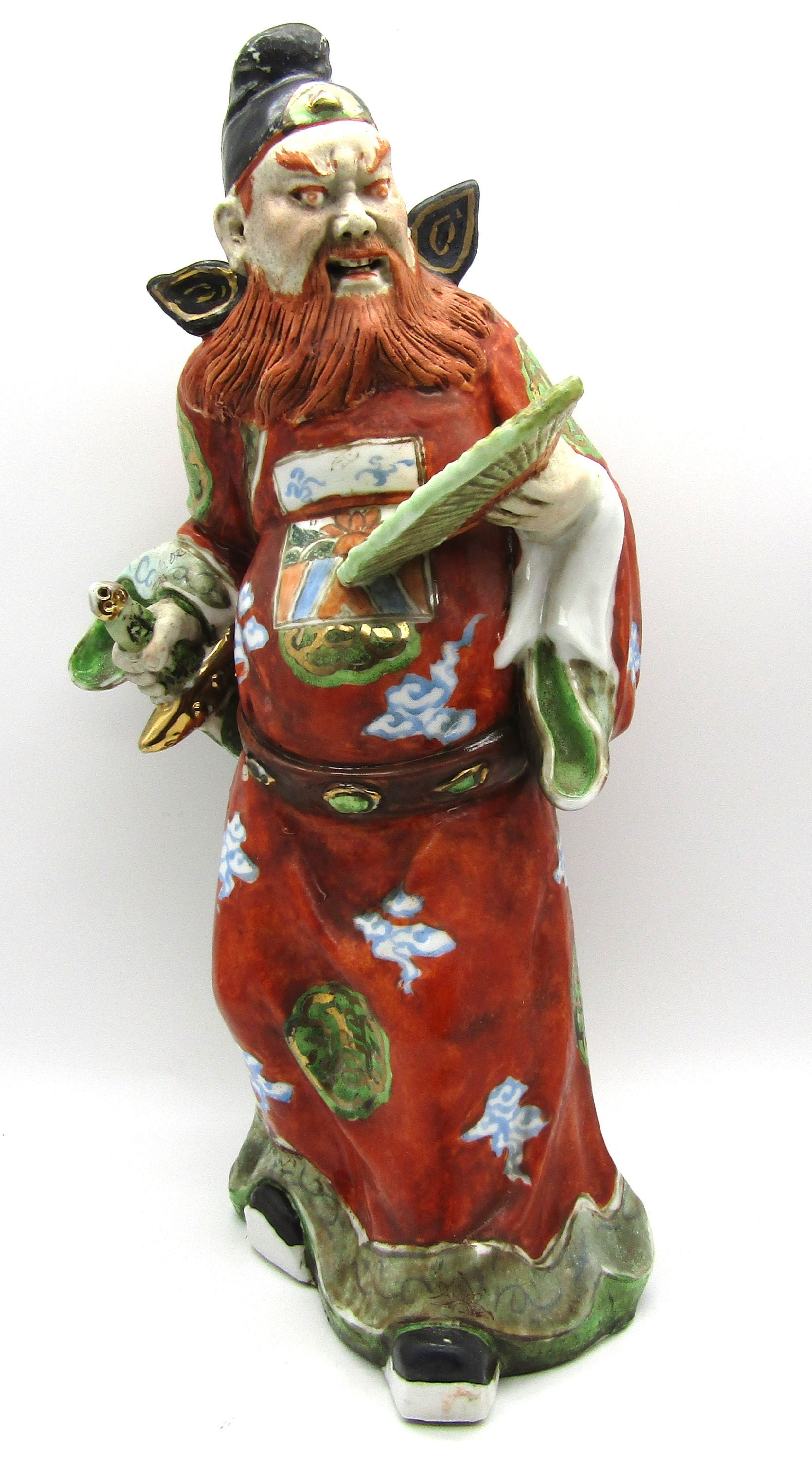 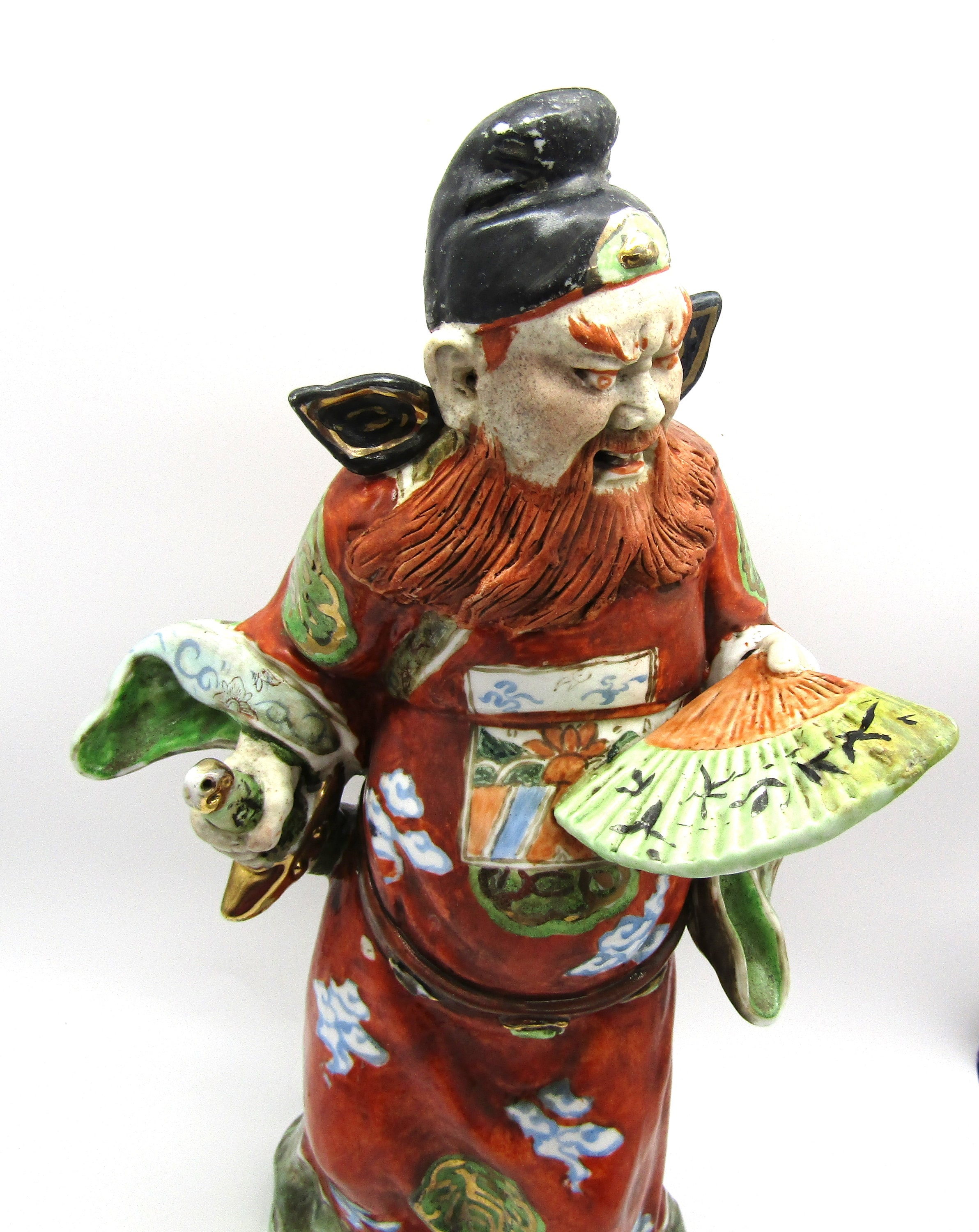 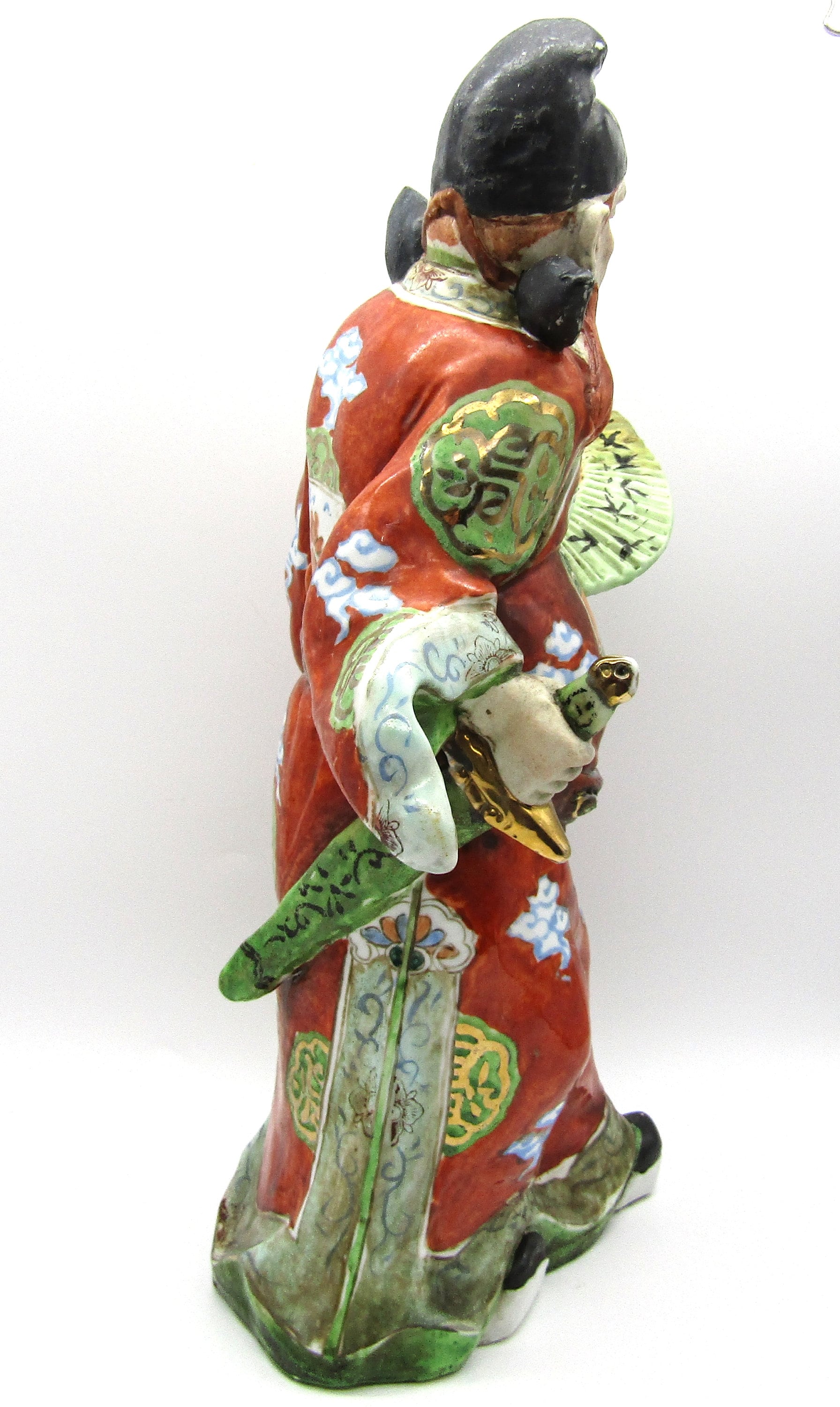 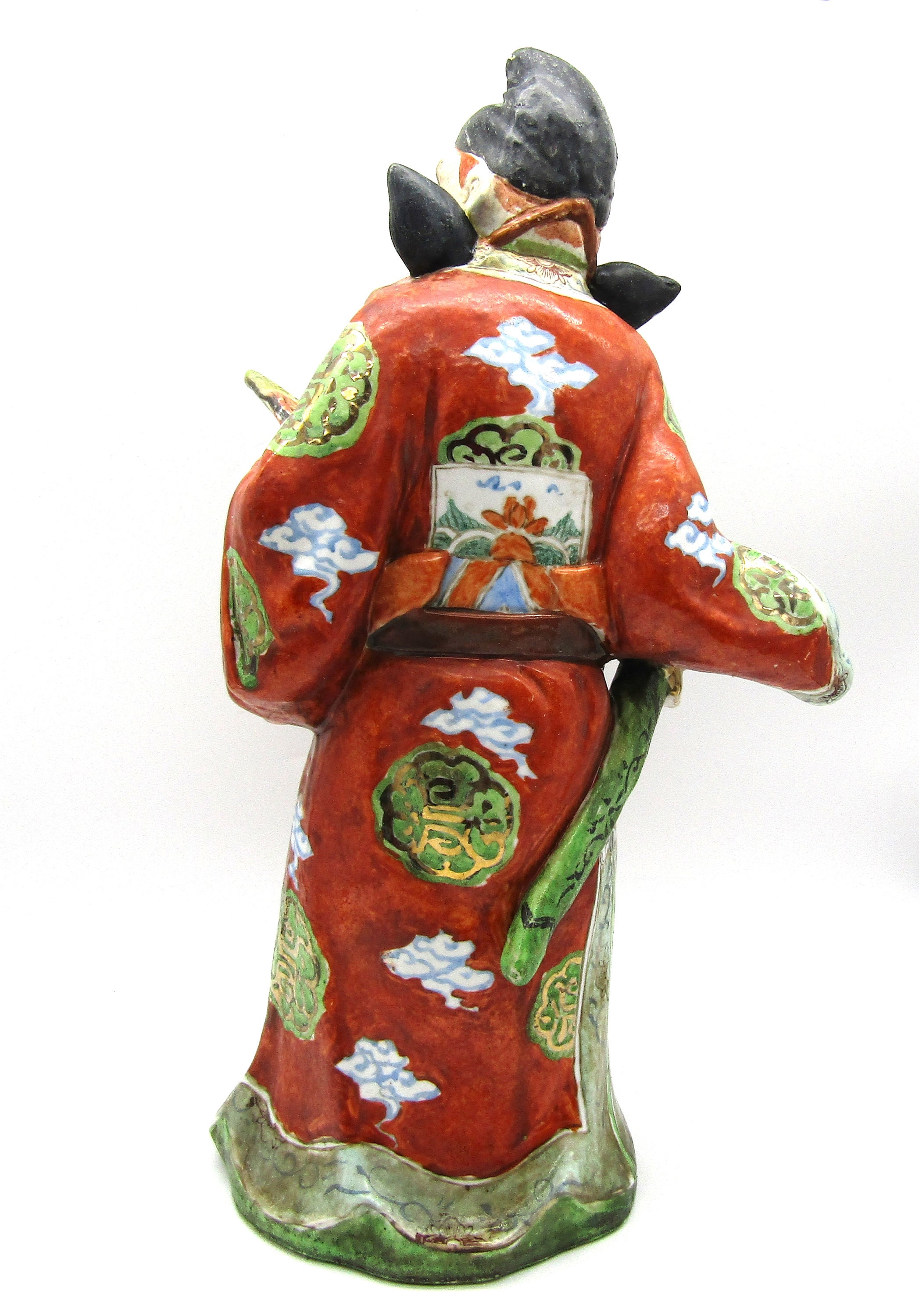 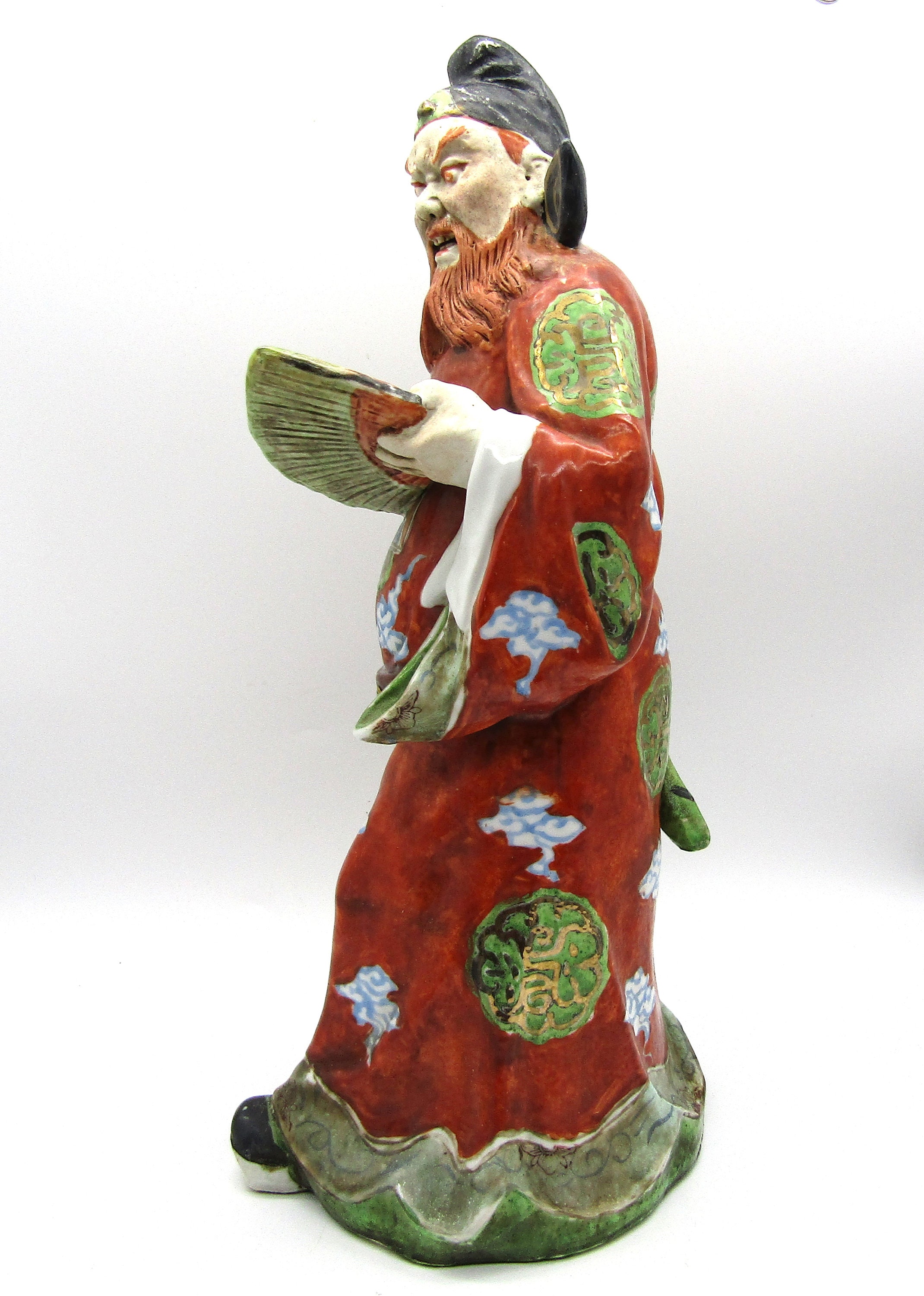 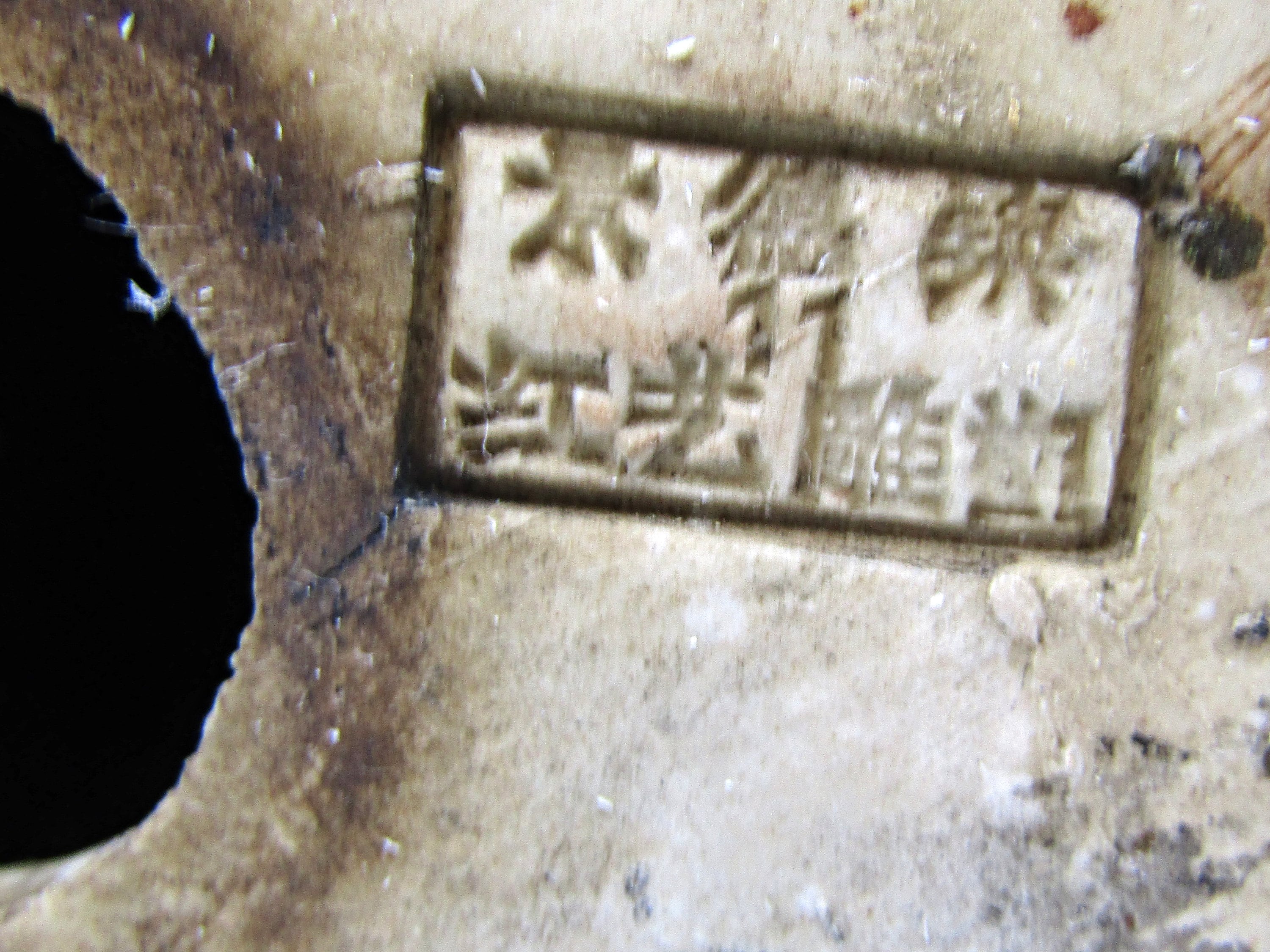 This is a very nice RARE statue of Zhong Kui is a deity in Chinese mythology, traditionally regarded as a vanquisher of ghosts and evil beings. He is depicted as a large man with a big black beard, bulging eyes, and a wrathful expression. Zhong Kui is often associated with the five bats of fortune. Zhong Kui (鍾馗) was a man who desired to be the emperor's personal physician in Taoism. He was said to be unpleasant to look at and had a disfigured face. Despite exceling in the imperial exams, the emperor of China refused to grant Zhong Kui the position of physician because of his appearance.